The Sheriff of Chester 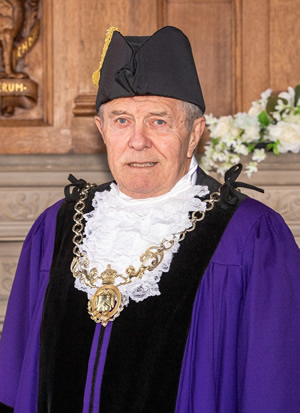 History – The Office of Sheriff of Chester

Prior to the 1835 Municipal Corporations Act, Chester’s government was in the hands of unpaid officials drawn from the local community. After 1835 paid officers began to be appointed, although several, such as the Mayor and Sheriff, continued to be unpaid.

It is thought that Chester was the first English town to have a Sheriff. The office is certainly much older than that of the Mayor. A Sheriff is first mentioned in a charter to the Abbey of St Werburgh in c1121-29. From an early date, Chester had two Sheriffs at a time. They were men of great importance and were responsible for many aspects of City government.

Under the “Great Charter” of 1506 one of the Sheriffs was chosen by the Mayor, former Sheriffs and Aldermen and the other Sheriff was chosen by the citizens of Chester, presumably the Freemen who were the only people entitled to vote at that time. In the sixteenth and seventeenth centuries the Sheriffs seem to have found their duties onerous and in 1604, because of the growing complaints that the Sheriffs were failing to hold their courts, the Assembly insisted that they held their Pentice Court three times a week and the Passage Court once every five weeks.

The Sheriffs were also responsible for maintaining the City Gaol in the Northgate. After 1835, Chester elected only one Sheriff each year and this continues to the present day. Today the office of Sheriff is ceremonial. His/her only official responsibility is to move the sealing of documents at Council meetings and the annual inspection of the City plate. This latter duty has been performed since 1908 and is to check that all the City plate can be accounted for.

The Sheriff is also hosts jointly with the High Sheriff of Cheshire the annual Legal Service in Chester Cathedral for the judges on the local Circuit. The service is to mark the beginning of the Legal Year.

Her Majesty the Queen, at her coronation, promised to serve her people and to ensure justice was delivered in the Kingdom. Following her example, once a year, for one hour, Her Majesty’s Judges and others attend Chester Cathedral and by so doing acknowledge a higher authority than themselves, one recognised by all faiths as a merciful Judge.

There are no other specific duties for a Sheriff but a typical year will include:

The Sheriff’s chain was presented by Alfred W Butt in memory of his father, Alderman Francis Butt, on the occasion of the opening of the Town Hall in 1869. The badge bears the arms known as the arms of the Sheriff, “a chevron between three garbs” and is surrounded by an earl’s coronet supported by a lion and a wolf.